As unlicensed abortion owner-operators Gary Boyle and Wesley Adams continue their lawsuit to block the inspection and regulation of their facilities, pro-life Governor Bill Haslam has announced significant policy changes being implemented by his administration toward increased oversight and regulation of the state's other four surgical abortion facilities.

Among reforms recently enacted by the Tennessee Department of Health are unannounced inspections of the licensed facilities in order to ensure compliance with all laws and regulations, strengthened record-keeping requirements by the licensed facilities related to the disposition of fetal remains, and a simplified process to report complaints against surgical facilities. 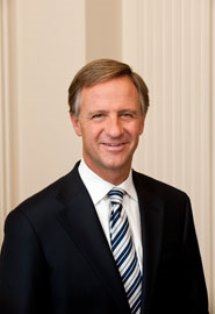 In a letter to Lt. Gov. Ron Ramsey and House Speaker Beth Harwell, the Governor expressed deep concern at recent revelations regarding the harvesting and sale of fetal tissue at Planned Parenthood facilities in other states. "My administration has been working to identify ways to strengthen the regulatory framework surrounding facilities that perform abortions and has implemented a number of administrative changes to help address the issue," the Governor said.

In addition, Governor Haslam has announced plans to introduce legislation in January "to strengthen accountability and transparency for surgery centers performing abortion."  Proposals could include enhanced inspection procedures, further improved record-keeping, and a prohibition on reimbursement of any costs associated with the transport of an aborted unborn child.

Tennessee Right to Life commends Governor Haslam for a demonstrated commitment to the protection of human life.  His administration is strongly defending the constitutionality of both Amendment 1 and the challenged pro-life statutes including requirements that all abortion facilities be licensed and inspected by the Tennessee Department of Health.  Additionally, Governor Haslam is working to ensure the strongest possible medical standards to protect the health and safety of women and girls in our state.

Click Here to Express Your Appreciation to Governor Haslam