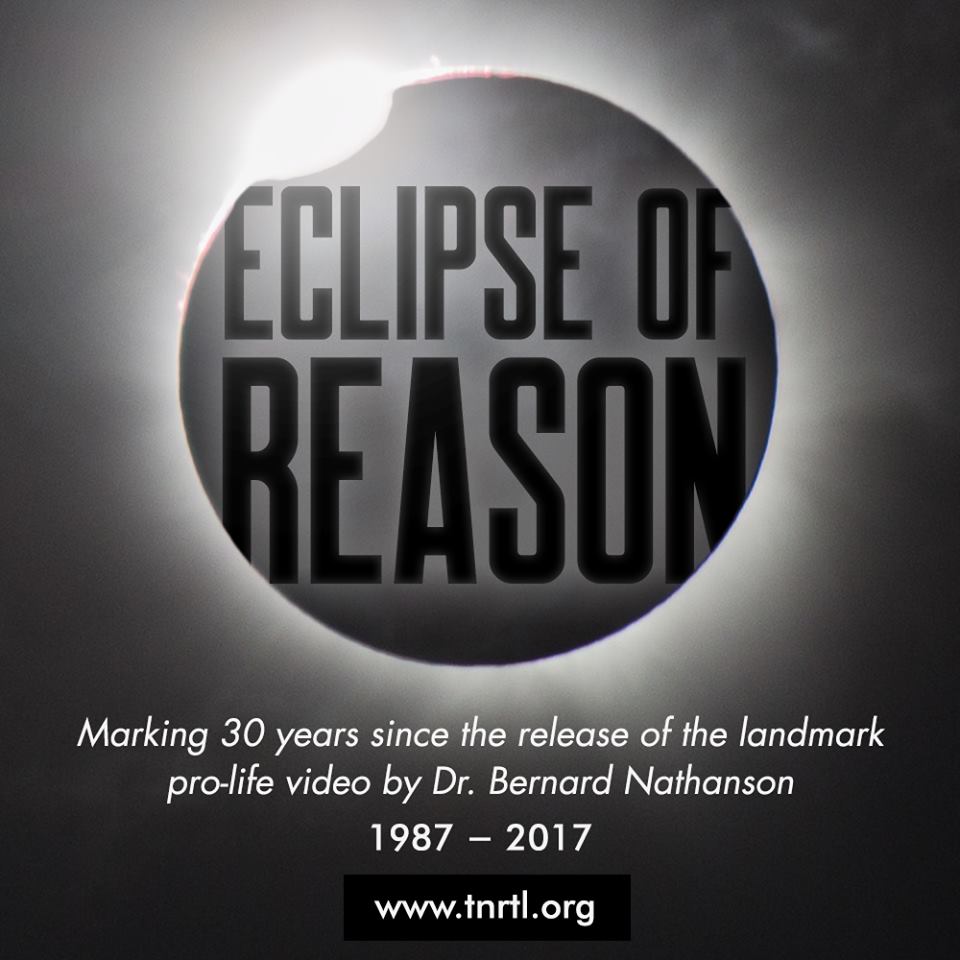 With so much attention focused on Monday's solar eclipse, it is easily understood why Dr. Bernard Nathanson, a former abortion provider, entitled his landmark film of a dismemberment abortion Eclipse of Reason. Dr. Nathanson knew that legalized abortion had created a blind spot for the American people and that the lack of knowledge about the procedure had left the nation in the dark about what abortion really was.

As a founder of the National Abortion Rights Action League in 1967, Nathanson was personally responsible for 60,000 abortions.  But through ultrasound technology, he ultimately became convinced that abortion is the taking of a human life.  “For the first time, we could really see the human fetus, measure it, observe it, watch it, and indeed bond with it and love it,” Nathanson later wrote in “The Hand of God: A Journey from Death to Life by the Abortion Doctor Who Changed His Mind” (Regnery Publishing, 1996). “I began to do that.”

He left the abortion industry and became a leading pro-life advocate.

Eclipse of Reason was Nathanson's most important effort to raise awareness, create clarity, and enlighten Americans.  He sought to draw our society out of the darkness of abortion-on-demand and Eclipse of Reason ignited the abortion debate for years to come following its 1987 release.

Now, 30 years later, too many Americans are still experiencing an eclipse of reason in which human life is treated without dignity or value.  May we recommit ourselves to the work of advocating effectively for the protection of every person regardless of age or condition. For more information about Dr. Nathanson and Eclipse of Reason, visit the following: