Thank you for your support which resulted in overwhelming 27-3 passage by the Tennessee state Senate Monday afternoon of the Tennessee Infant Protection Act (SB 1180 / HB 1189).  This Right to Life priority now moves to the state House on Wednesday morning, May 3.

Radical pro-abortion activists from Planned Parenthood, many dressed in costume, attempted to disrupt the senate session with chants and screaming outside the chamber doors. Your pro-life support and prayers are needed today to combat the aggressive Planned Parenthood campaign. 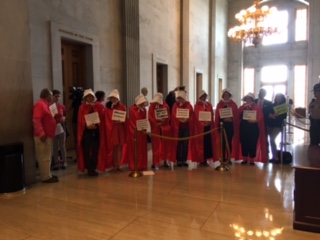 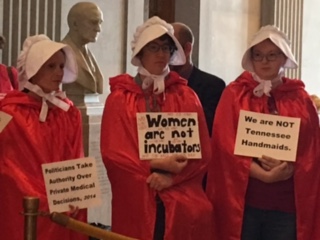 The Tennessee Infants Protection Act (HB 1189 / SB 1180) would prohibit abortions beginning at 24 weeks when viability is presumed.  The bill would also require viability assessments for unborn children beginning at 20 weeks gestation before an abortion can be performed.  If the child is determined to be viable (able to live outside the womb with or without medical assistance), the abortion would be prohibited.

Tennessee's Attorney General called the Act "constitutionally suspect," in part due to lack of broad "health" exceptions which would allow late term abortions for women who suffer "mental and emotional harm" from carrying the pregnancy to term.

Your support is needed right now to see this common-sense protection passed into law.

Show your support for this legislation and join us by taking the following steps: